Moehlen Medical Group and Paris Medical & Laser Aesthetics have an excellent staff of highly experienced physicians at our New York location. We are pleased to meet you and explain our backgrounds. 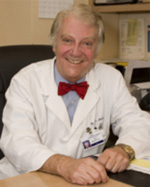 Karl-Heinz Moehlen, MD was born in Düsseldorf, Germany, and grew up in the Rhineland. After graduating from the University of Münster School of Medicine he worked for one year in general surgery at a mission hospital in South Africa, and then spent time in New York, performing research in placental perfusion at NYU School of Medicine. After returning to Germany, he completed a residency in OB/GYN at the University of Münster under the direction of the renowned Professor Dr. Fritz K. Beller, after which he became a full-time attending at Bethesda Hospital in Wuppertal, specializing in vaginal surgery and uro-gynecology.

After moving to New York, Dr. Moehlen completed his second residency in OB/GYN (as required of foreign medical graduates) at St. Luke’s/Roosevelt Medical Center, under the directorship of Dr. Thomas F. Dillon. He then held a position of Assistant Director of Outpatient Services of St. Luke’s/Roosevelt, Department of Obstetrics and Gynecology.

In 1986, Dr. Moehlen founded the Moehlen Medical Group and has worked in private practice ever since. His affiliations have been at St. Luke’s/Roosevelt, Beth Israel North, and Lenox Hill Hospitals. Currently, he is exclusively associated with Lenox Hill Hospital on the Upper East Side. Dr. Moehlen has published extensively in the field of obstetrics and gynecology, gyn oncology, and breast reconstruction, both in Germany in in the U.S. He is board-certified in OB/GYN, a member of the American College of Obstetrics and Gynecology, the International Association of Cosmetogynecology, the American Academy of Cosmetic Surgery, the American Academy of Cosmetic Gynecologists, and the American College of Phlebology. 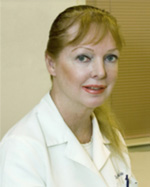 Barbara E. Shortle, MD, PhD is a native New Yorker. After graduating from Vassar College, she did her graduate work at Rockefeller University and Columbia University, from which she obtained a PHD in chemistry.

After graduating from the Albert Einstein College of Medicine, she completed a residency in OB/GYN at St. Luke’s/Roosevelt Hospital Center and then a fellowship in Reproductive Endocrinology at Columbia Presbyterian Medical Center.

Dr. Shortle shared a position of Director of Reproductive Endocrinology at Long Island College Hospital with the distinguished Dr. Michelle P. Warren for several years. She has also worked at the Center for Menopause at Columbia/Presbyterian Medical Center-East Side with Dr. Warren. She is a published author in the field, with the book Clinical Aspects of Cervical Incompetence among her extensive list of works.

Dr. Shortle has been affiliated with Presbyterian Hospital, Long Island College Hospital, Beth Israel North, Baptist Medical Center, and Lenox Hill Hospital. She is a fellow of the American College of OB/GYN, the American Society of Reproductive Medicine, and is a Diplomate of the American Board of Obstetricians and Gynecologists.